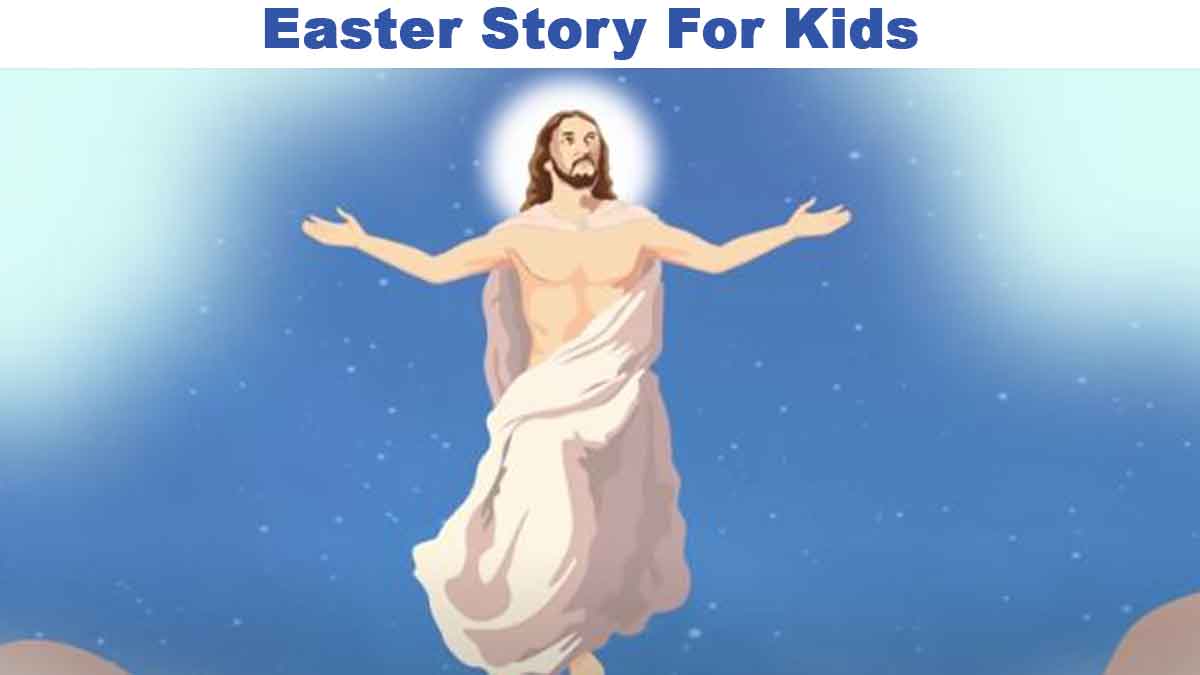 Easter Story For Kids:- Easter is the celebration of the resurrection of Jesus Christ After his crucifixion

About 2000 years ago Jesus rode into Jerusalem on a donkey

There he started preaching the people the right and the wrong they were doing.

He performed many miracles too

he healed the sick and even brought back the dead to life.He was loved and followed by many many people

But there were some others,who felt threatened by the popularity he was gaining

Judas agreed to betray Jesus for 30 pieces of silver

One night, Jesus sat down with his disciples to have a meal

He told his friends that the next day, he would leave them all and join his Father in heaven as one amongst them had already taken money to betray him

At this point, Judas left them all and walked away,Later Judas came back with the priest’s men who took him away

Jesus stayed nailed to the cross till night,when he finally died

This day came to be known as Good Friday

Friends of Jesus and Mary, his mother brought him down from the cross and laid him in a cave and made it his tomb

They sealed the cave with a rock,Mary Magdalena a friend of Jesus visited his tomb two days later on a Sunday.

A stranger came to her then and told her that her son was now with the Lord She asked him, how he knew this

Mary overjoyed to know this,she spread the word of Jesus’ resurrection and this day came to be celebrated as Easter Sunday